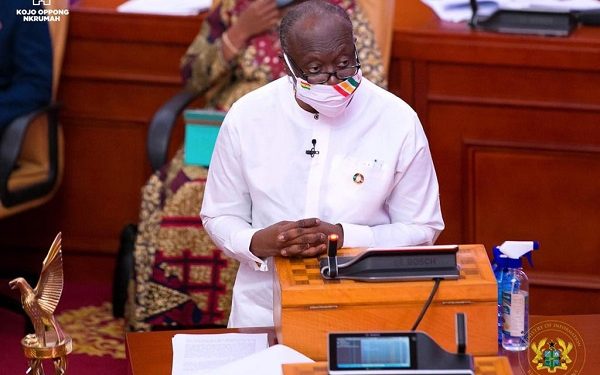 The Minister for Finance, Ken Ofori-Atta, is programmed to present the mid-year budget review to Parliament on 13th July 2022.

According to the Majority Leader, it is possible that the Minister will table a request for the approval of supplementary estimates.

The presentation will come as Ghana prepares to head back to the International Monetary Fund for a bailout.

Indications are that the government’s latest revenue generation strategy, the electronic transfer levy, is woefully failing to meet government targets.

Though the government has not officially indicated how much the levy has accrued after two months, suggestions are that the government is raking in only 10 percent of the estimated revenue.

The government is believed to have been targeting revenue of GH¢600 million from the 1.5 percent levy on electronic financial transactions.

The government’s revenue target for 2022 from the levy is GH¢4.5 billion.

JUST IN: Woman in court for divorce because husband hid inside toilet during robbery attack

People calling for reshuffle are NDC; they want to destabilise my gov’t – Akufo-Addo fumes

We’ll build a strong economy before 2024 elections in order to...

NDC, jobless people may be the ones calling for reshuffle –...

masemtvgh.com is your news, politics, business, sports, entertainment, a lifestyle website. We provide you with the latest breaking news and content straight from the motherland Ghana and other countries beyond.
Contact us: ceo@masemtvgh.com

We’ll build a strong economy before 2024 elections in order to...